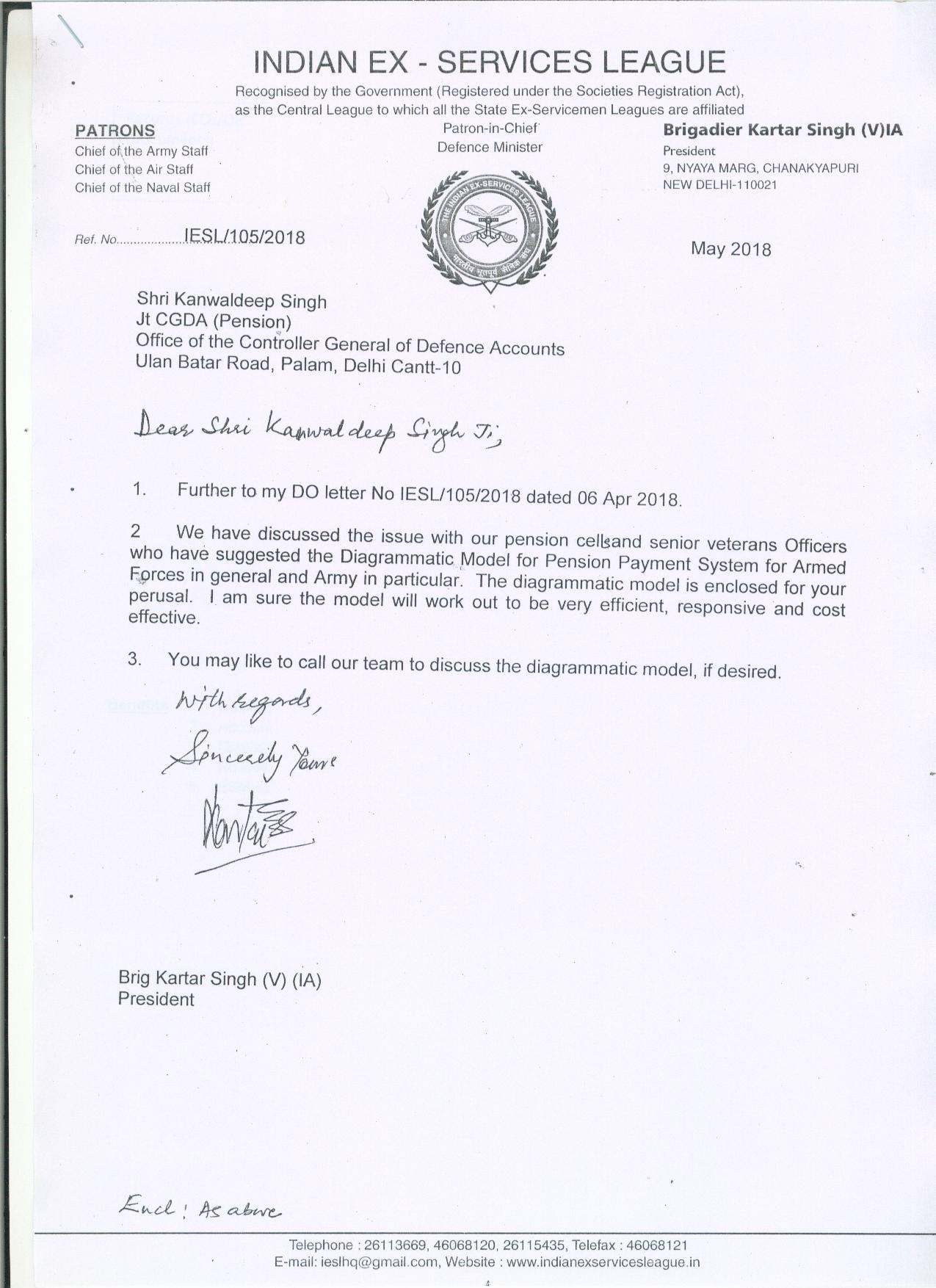 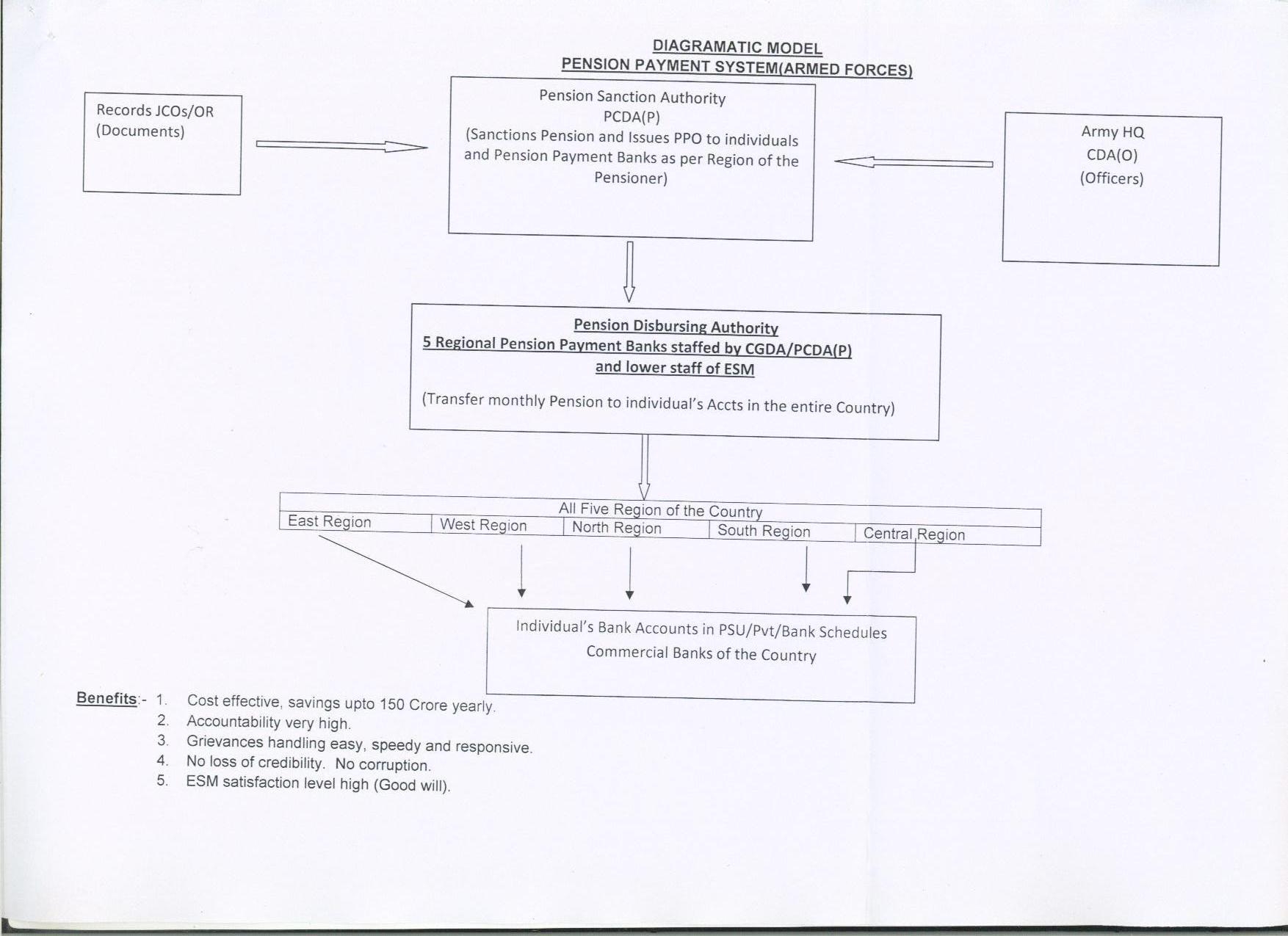 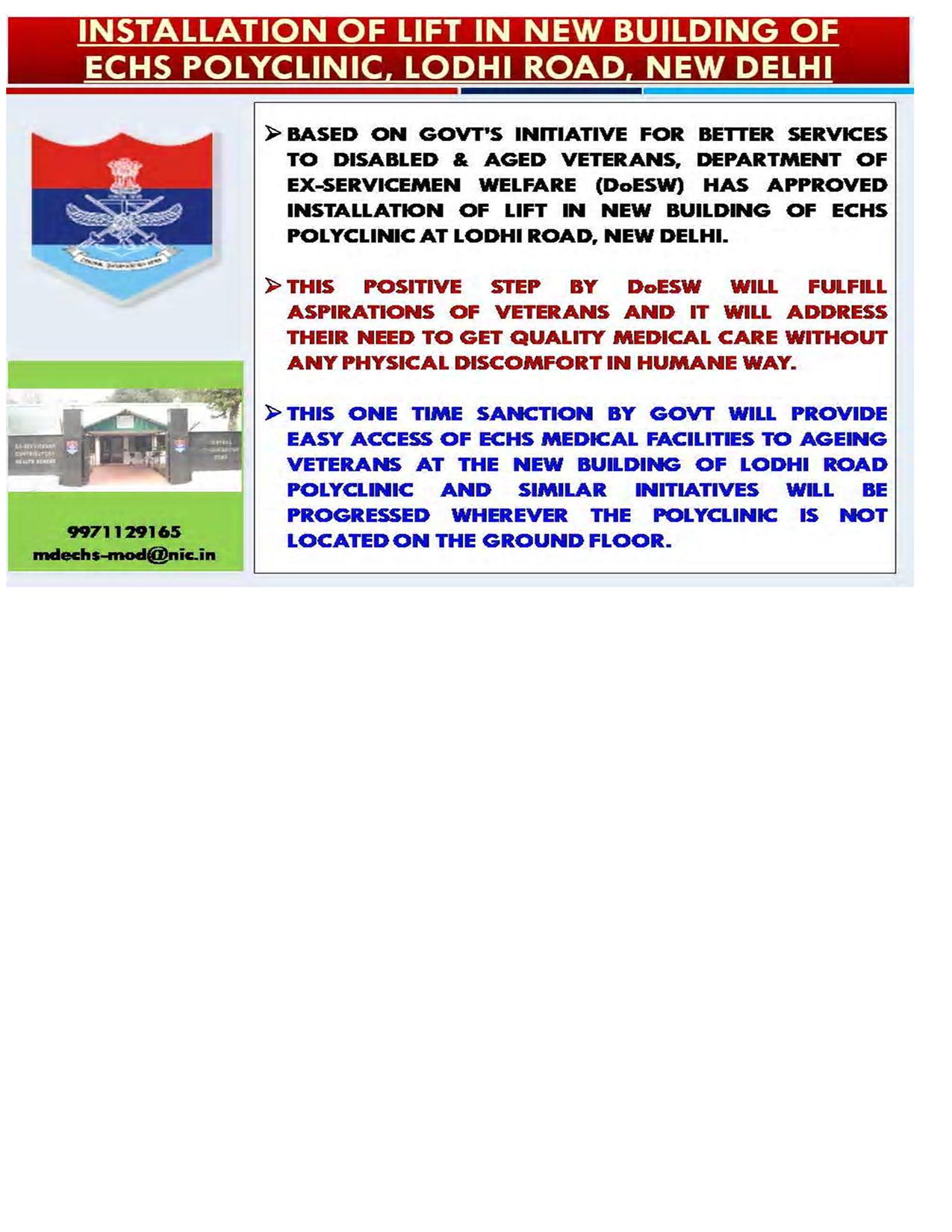 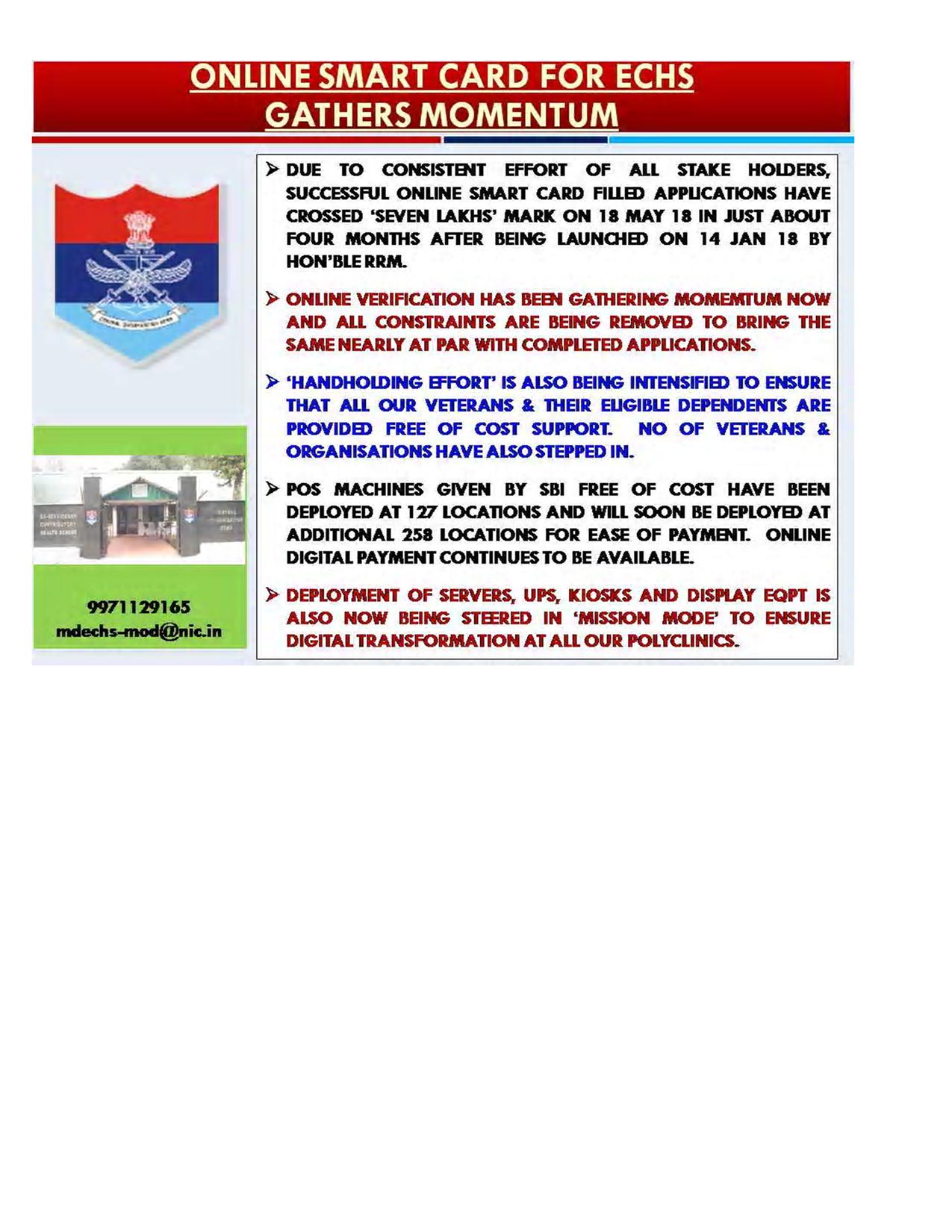 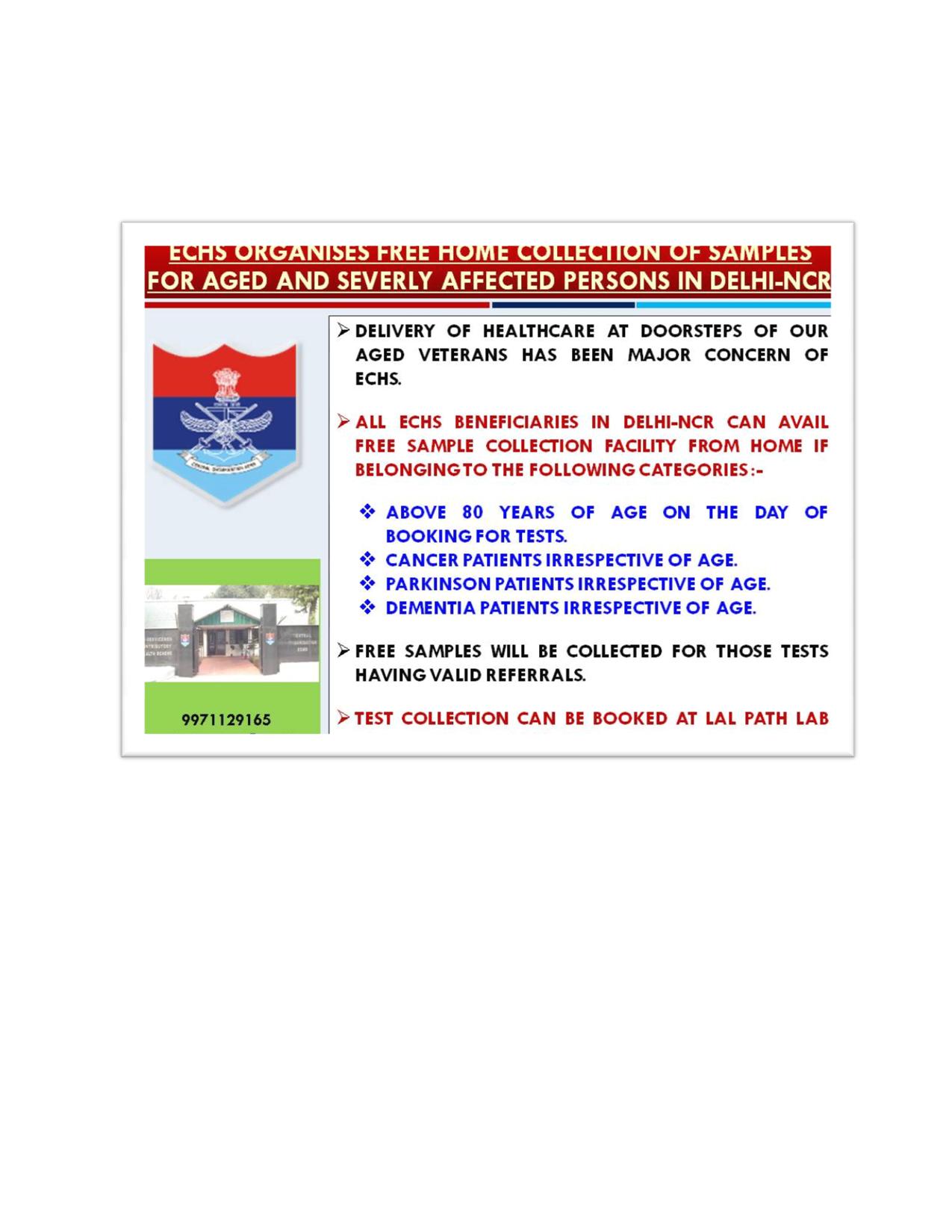 1. The following were present (all retired):-

(a) Amdts to IESL Bye Laws and Constitution with regard to tenure of Office Bearers pre-election cutoff date from 180 days to 45 to 60 days. The President said that a Committee will be constituted to study the Bye Laws and constitution to recommend the amdts.
(b) Installation of lift. The President said that lift will be installed before next Governing Council Meeting.
(c) Construction of Building. The President informed the house about the involvement of two agencies for sanction i.e. L&DO & NDMC and attraction of penalty from NDMC also, we will have to get the sanction to construct fourth floor which is not permissible in this area and therefore not recommended. However, a shed will be erected on third floor in front of RCEL Room. Col Bhag Singh, President Punjab said that we have contributed sufficiently and therefore, Jawans accommodation can be constructed in rear of the plot on employee’s accommodation. The President said that keeping in mind the percentage of occupancy rate of available accommodation, construction of building is not beneficial. The point was discussed in detail in last many meetings and dropped.
(d) The President informed the house that we got two vehicles. The old veh cannot run in NCR region therefore if any one wish to purchase and make good use of old veh, the reserve price of the veh is Rs 2.00 lacs.

4. Col Bhag Singh, President Punjab inquired about the RCEL grant and ban on reception of foreign currency. Brig Kartar Singh, President IESL informed the house that we have already contacted the agency for FCRA certificate and we will apply soon for the same.

(b) Expenditure on election.

(c) Increase of employees Pay by 7%. Col Bhag Singh said that salary of employees was also increased before election. Brig Kartar Singh, President IESL said that from last two years no salaries have been hiked, however conveyance allowance was granted as per Govt (MOD) letter. Office Supdt was asked to produce the EC Minutes in which the conveyance allowance was increased. Office Supdt produced the Minutes and the house was satisfied and agreed for increase of 7% salary (equal to current DA) of the employees.

(d) Modification of Office of staff including fixing of AC’s and repairing, painting and denting of building, the point was discussed and approved by the house. Sr Vice President will prepare the stimates and plan by 30 Jun 2018.

15. There being no further points the meeting was concluded as closed with vote of thanks to the Chair and all present, proposed by Dfr Animesh Ghosh, Sr Vice President seconded by Lt Col DS Salaria and passed by the House.

1. The following attended the meeting (All retired):-

4. Brig Kartar Singh, President IESL welcomed members of Governing Body. Thereafter Brig Kartar Singh, President IESL welcomed Maj Gen Ashok Kumar, MD ECHS and introduced the Gen Offr to the house and requested him to address the Governing Council members about the ECHS Card and ECHS related issues. Maj Gen Ashok Kumar introduced himself to the house and thanked all the members for calling him for interaction with Governing Council Meeting. Maj Gen Ashok Kumar, MDECHS clarified all doubts including new 64 KB Card of ECHS. He further said that ESM fraternity should not worry and his organization will take care of all problems including preparation of new cards. He clarified each individual veteran’s doubts with regard to ECHS and took three hours and gave his personal contact mobile number. Thereafter, Brig Kartar Singh, President IESL invited Brig HS Kahlon to the house and introduced him to the house. Brig HS Kahlon, DDG DIAV introduced himself to the house and thanked all the members for inviting him to the meeting. His appt is as big as
his responsibilities. His Dte is a single point contact for all problems of ESM under the sun and sky. His Dte functions 24x7x365 and the DDG is himself contactable directly. He spoke for one hour from his heart to clarify all important issues related to veterans.ESM fraternity is requested to visit his site (Dte of Indian Army Veterans) where all details are given. Genuine problems from house hold to Govt could be referred to him. The email Id of Veterans cell is armyveteranscell@gmail.com. Brig HS Klhlon further said that all info will be shared with IESL and IESL will further disseminate to the State/UT Ex-Services League and requested the ESM fraternity to help DDG DIAV to help the Veterans from exploitation. Brig HS Kalhon also informed the house about the various financial schemes under which financial helps are provided by the DDG DIAV.

5. Col Pradeep Kapoor, President Blind Veterans Association briefed the house about the problems/present situation of blind and disabled veterans and discussed the possible ways to help them in emotional adjustment in the society.

8. Agenda No 5 – State of Common Membership. State of Common Membership was placed in folders handed over to the members and was also placed on notice board which was seen by all the members as confirmed by the members. Brig Kartar Singh, President IESL emphasized the importance of numbers and requested to increase the common membership to keep the IESL as number one Organisation.
9. Agenda No 6 & 7 – To Discuss Income and Expenditure of the Financial Year from Apr 2017 to 31 Mar 2018 and Approval of Budget for ensuing Financial Year (2018-2019). Income and expenditure from 01 Apr 2017 to 31 Mar 2018 and budget for next year were circulated to all the attendees and all the members perused the same. The Hony Treasurer Col Akhil Sharma explained in details about the income and expenditure. All the EC and Governing Council members were satisfied with the accts. Brig Kartar Singh, President IESL requested the members to see the election expenditure placed in folders and raise the observation if any. There being no observations from the members including the election expenditure the Budget was approved and passed as proposed by Lt Col DS Salaria seconded by Col Hari Singh.
10. Agenda No 8 – Amdts to Bye Laws for Election. Brig Kartar Singh, President IESL said that our Election Bye Laws and IESL Constitution is required to be amended keeping in mind the present environment and also some State Leagues have proposed the amdts. In view of the above we are required to constitute a Committee to study the Election Bye Laws and IESL Constitution and propose/recommend the amdts. The point was approved by all the members with voice votes. The President IESL constituted the Committee as under:-
(a) Brig Inder Mohan Singh.
(b) Col Shiv Pratap Singh.
(c) Maj Mohan Kumar, Legal Advisor.
11. Agenda No 9 – Wage Revision of Employees and Leave Rule. Brig Kartar Singh, President IESL said that no salaries have been hiked for last two years however, conveyance allowance was granted as per Govt (MOD) letter. As approved by the Executive Committee we proposed to increase the salary of employees by 7% (equal to current DA). The house approved the increase of salary by 7% unanimously and amdt to leave rule. EL will be 20 instated of 30 in a year wef calendar year 2018.

12. Agenda No 10 – Maintenance of IESL Building Viz Distemper, Painting and Doing up of Rooms. Brig Kartar Singh, President IESL informed the house about the condition of IESL building which requires maint viz distemper, painting and repairs. The house approved the point. President IESL asked Sr Vice President to prepare the estimates and process the case.

13. Agenda No 11 Modernization/Modification of Staff Office including AC’s Fitting. President IESL said that the Staff Office requires some modifications and fitting of AC’s. The house approved the point. President asked Sr Vice President to prepare the estimates and process the case.

14. Agenda – Extension of Services for Daftary Beyond 65 Years of Age The house approved the extension of service in case of Daftary by one year.

15. Addl Agenda Point – Installation of Lift. Brig Kartar Singh informed the house that long back we had recd sufficient funds from Army HQ for installation of lift, but we could not install the lift due to some administrative reasons related to civil works. Now we will install the lift and sought the approval of the house. The house approved the point with the voice votes.

16. Maj Gen GS Jamwal, AVSM, President J&K Ex-Services League said that now we should not worry about the pension rather we should think about healh, social security and living conditions. ESM fraternity should remain vigilant and ensure good social standing in the civil society.

17. Capt Inder Singh member of Advisory Committee Haryana Ex-Services League said that I am lucky that after the year 2000 today in 2018 I have got the chance to attend IESL meeting. Capt Inder Singh explained his sentiments that now a day’s Zila Sainik Board and Rajya Sainik Board are not working properly for the ESM community. He informed that welfare of Para Military Forces including reservation of vacancies for jobs have also been mixed up in DSS&A Board and Rajya Sainik Board. Capt Inder Singh also explained his sentiments about the present position of Haryana Ex-Services League. He requested that IESL should write a letter to Haryana Govt.

19. Lt Col YS Rana requested President IESL to write a letter to the State Chief Secretary to address only IESL affiliated State League. President IESL said that we have already written, however the point is noted.

20. Col Bhag Singh, VSM, President Punjab Ex-Services League said that a publicity cell should be created in IESL and membership percentage should be fixed to fight the IESL election and our constitution should be more self explanatory. Brig Kartar Singh, President IESL said that a Committee has been detailed to study the Constitution and to recommend the amdts as also how to improve the PR of the IESL.

22. The house passed the following resolutions:-

(a) Meeting with Hon’ble Rajya Raksha Mantri – To request for
declassification of One Man Judicial Commission Report with regard to
OROP.

(b) To work in advance to remind the Govt for revision of defence
pensioners pension in 2019 based on OROP notification.

(c) To remind the Govt about reservists pension orders and tables.

23. Due to shortage of time, pts recd from State League could not be discussed, though covered in general. There being no other points Dfr Animesh Ghosh, Sr Vice President requested the House to pass a vote of thanks to the chair and all attendees. The same was passed by the house.